About ten years ago, I handled a criminal matter in San Jose Superior Court.  It was slightly unusual because it was handled by the Attorney General’s office but otherwise, it was a routine arrested for embezzlement case (CA Penal Code 503).  I had managed to convince the prosecutor to meet me for a cup of coffee to discuss the case and heard perhaps the most difficult statement I have had to digest as a criminal defense lawyer.

The offer in the case (thirteen years in state prison) seems absurd to me given my client’s age and lack of criminal background even conceding the $350,000 embezzlement.  What was really impossible to digest, however, was when the prosecutor routinely admitted that had the case been in Alameda, or San  Francisco, the offer would have been drastically reduced (3-5 years).

I considered a meeting between two similarly situated individuals in state prison who realize their background and crime are identical but one was being released in days while the other had a decade of time left all because she committed a crime in Santa Clara County as opposed to Alameda.

The perverse misery of this conversation has haunted me for years.  How can two counties located 50 miles from each other get “justice” so different?  Can the rate for a crime in Santa Clara really be triple that in Alameda or San Francisco.

Through the years, I have examined various offers in the six bay area counties (Marin, San Francisco, San Mateo, San Jose, Alameda and Contra Costa) and found that across the board, penalties for crimes in Santa Clara, Marin and San Mateo FAR exceed those in Alameda, San Francisco or Contra Costa.

The starting offer for a DUI in Santa Clara is 12 days of Sheriff work jail alternative. The same applies in San Mateo.  In alameda it is 4.

The offer for a misdemeanor domestic violence in Alameda usually does not require any jail time.  That isn’t true in Santa Clara or San Mateo.

The issue becomes far more drastic in felonies.  Both Santa Clara and San Mateo District Attorney offices routinely require prison or jail time for felony convictions, something that is fairy rare in Alameda.

Through the years, I have learned that the dreaded conversation between two similarly situated people meeting in prison is far too common.  Counties should have some leverage in exacting the price of justice from its citizens.  However, one county offering  13 years in state prison while another county offering 3 is a travesty of justice.

We at Summit Defense Criminal Attorneys will try to collect signatures and put this matter for ballot in the next state wide elections.  This will be a tough fight because the fear mentality that has gripped our society has made the accused an easy target.  But if we don’t try to fix this problem, than we are living a daily injustice. 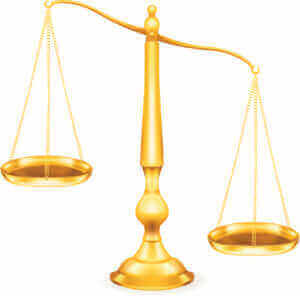