Assault vs Battery | What Is The Difference? 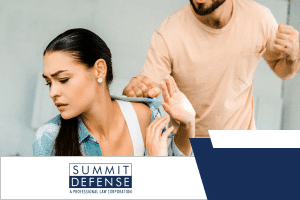 It is vital to grasp the distinction between assault and battery charges. If you are wrongfully accused of either crime, you will know your rights by reading this article.

If you need legal assistance with your assault or battery charge, call our esteemed law firm now! Our experienced criminal defense attorney will educate you about your case. Criminal lawyers in our law firm provide astute and actionable legal advice.

Is An Assault Different Than A Battery?

The intentional act of attempting or causing physical harm to another person is considered an assault. For example, if someone threatens you, then the threat itself is viewed as an assault. The defendant can still be accused of assault even if they did not directly touch you.

If the defendant used a weapon such as a gun during this attempt, it becomes aggravated assault. Aggravated assault is punishable by the local law with up to 20 years imprisonment.

There may also be other extenuating circumstances depending on your state’s laws. So it’s best to seek legal counsel after an attempted assault.

The Crime Of Simple Assault 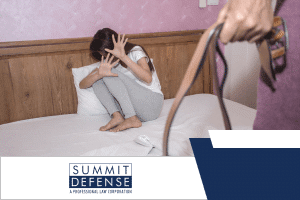 Simple assault is considered a misdemeanor. This means that it’s not as serious as a felony offense. The penalty for a first offense of simple assault can lead to imprisonment in county jail or state prison.

The severity of consequences will vary depending on the person’s criminal history. The court will also consider if the felon used a deadly weapon to commit the crime. If you are awarded a conviction for an assault charge, you will suffer penalties and imprisonment.

Specifically, a convicted person will face jail time in county jail as opposed to state imprisonment. The felon will also have to pay a fine, which usually ranges between $200 and $1000. Additional punishments such as 40-100 community service hours and anger management classes.

The Crime Of Simple Battery

The crime of battery consists of offensive or harmful touching against another person. A first battery conviction is typically considered a misdemeanor offense. Punishments for misdemeanor charges are less severe than felony offenses.

Convicts found guilty of a battery offense will face imprisonment in a state county jail of up to six months. In some cases, a convicted person will be placed in state prison if they have previous criminal records. In addition, several other consequences often accompany a battery conviction, such as fines between $200 and $1000.

Depending on the gravity of the case, the court can award the defendant with community service hours of around 40 to 100 hours. They can also receive anger management classes or restitution based on the nature of their crime.

First-degree assault is the most severe category of assault. This level of assault often comprises significant injuries and bodily harm from a physical attack. Also, this degree of assault causes excessive bodily injury.

Instead of calling it “first-degree assault,” other jurisdictions will call it “aggravated assault.” In a nutshell, this is the harshest form of assault recognized by the law.

Second-degree assault is less severe. This level of assault typically involves a more limited and direct threat to another person. Threats of violence and intentional injuries with a deadly weapon are included in this category of conviction. This law is also applicable if the defendant used any harmless object as a weapon to cause harm.

Punishment For Assault And Battery 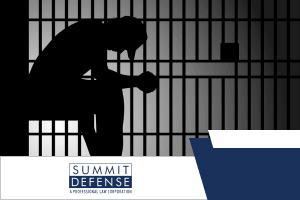 Individuals facing assault or battery charges will often ask what kind of punishment they might face. There is no clear and solid answer to this question. A lot of factors are considered before the court gives a penalty.

These factors include what state you live in and how severe the victim’s injuries are. Other factors that can affect the severity of punishment are alcoholism and a deadly weapon during the scene.

In most cases, simple assault and battery charges are misdemeanor offenses. These crimes are punishable by up to $1,000 fines and imprisonment of up to six months in county jail. The court can give other punishments such as anger management class and community service depending on the nature of the crime.

On the other hand, aggravated battery and assault charges are wobbler offenses. They can be considered a misdemeanor or felony offenses, depending on the situation. These charges are punishable by up to one year of jail time in county jail as misdemeanor offenses. Convicts may also face a fine of $1,000.

Felony charges are punishable by up to four years imprisonment in state prison. Felons will also face a $10,000 maximum penalty fine. An assault involving corrosive chemicals is aggravated assault. In the same way, causing significant bodily injury is always an aggravated battery.

The good news for those facing charges is that not all simple assaults and batteries will result in jail time. Even if you’re convicted, your sentence may include probation instead. However, it’s essential to understand how each crime can affect your future.

If you face a battery or assault charge, it’s best to seek help from criminal defense attorneys. At Summit Defense, our expert criminal lawyers will advocate for your rights. As a legal firm, we always aim to have your charges completely dropped. However, if a conviction is necessary, we will do our best to minimize your punishment.

Suppose you are facing criminal charges for assault and battery offenses. In that case, you might think that you will face severe legal punishments right away. Don’t lose hope because this is not always the case. It would be helpful if you seek professional help from experienced criminal defense lawyers.

Criminal defense attorneys are experts in criminal law. They will thoroughly review your case and provide the best legal defense for your situation. Some of the most common reasons a defendant can use are included in this section.

You can argue that the person who accused you of assault or battery was not actually in danger. This is called self-defense. You were defending yourself against serious bodily injury.

Another argument you can use is that the victim is throwing false accusations. Accuser testimony isn’t as reliable as it seems. The person who accused you of assault or battery was not in actual danger. Instead, they make up accounts of the event that didn’t happen.

Defendants who have a mental condition that causes them to act violently can use their illness in their defense. In this case, they do not intend to harm another person. Instead, they acted out of their unstable mental condition.

Talk To A Criminal Defense Attorney In California To Learn More 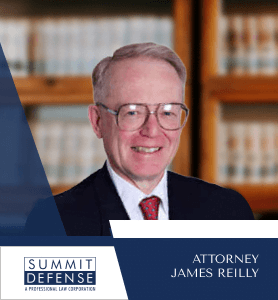 Many people often interchange assault and battery charges because they share many similarities. It’s normal to feel panicked when you receive these charges. It means that you see this as an urgent case that requires immediate action.

In that sense, you are correct. This is why your next best step is to contact an experienced criminal defense attorney. At Summit Defense, our assault and battery defense attorneys have helped and defended many clients in the past. Our expert legal representation helped wrongfully accused clients get their life back together.

Summit Defense is dedicated to building a solid attorney-client relationship. We will help you guarantee the best outcome for your criminal charges.

If you are facing situations like these, call us now! Our law firm is available for a phone call 24/7. All you need to do is to contact us at 1-866-537-2584. Alternatively, you can also reach us by filling our online contact form here.