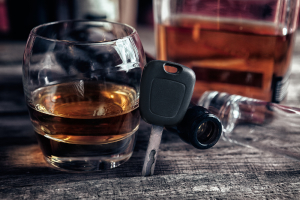 A little night out with your friends is fine. A little sip of party bourbon won’t cause anyone any trouble. However, when all that little moments of sipping drinks add up, it could end up in a disaster. Dealing with a DUI conviction is not easy, and it could even cost you thousands of penalty fines in the end.

Understanding the repercussions of drunk driving is critical for all drivers. In this blog, we’ll cover the factors affecting the cost of a DUI conviction in California.

While it’s never ideal for driving while intoxicated, understanding how California’s DUI laws work is essential for anyone arrested for DUI. California does have some significant penalties in place for those convicted of DUI. 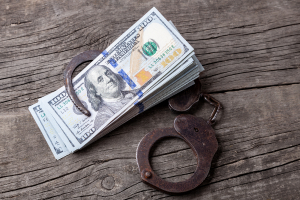 In California, the first DUI is a misdemeanor, which usually carries a sentence of three to five years of probation, a fine of $390 to $1,000, and penalty assessments.

Further punishments include a driver’s license suspension of 6 months, DUI school, and using an ignition interlock device (IID) in the accused’s vehicle.

In some cases, those found guilty of a first-offense DUI may spend some time in jail or on a work release program, but these punishments are only for specific counties. Penalties may increase for drivers who cause an injury while driving under the influence.

In such cases, the court may prosecute the DUI as a felony, and penalties may increase to jail time lasting 16 months to 10 years in a California State Prison, as well as fines reaching $1,015 to $5,000 and a drug or alcohol treatment program lasting up to 30 months. Drivers may also need to pay restitution to others injured in the DUI event.

As is expected, the California DUI penalties for a second DUI conviction increase over the penalties for a first-time conviction. The conviction comes with misdemeanor probation of three to five years, a fine of $390, and penalty assessments that may increase the total fine to almost $2,000.

Those convicted of a second offense DUI must drive with an ignition interlock device (IID) for at least one year and attend DUI school for second-time offenders lasting 18 to 30 months. Convictions also come with a minimum of 96 hours in the local county jail.

In some cases, the judge may increase that sentence to a maximum of one year. Drivers who refuse to submit to a chemical test may revoke their driver’s licenses for two years and may not drive during any portion of the suspension period.

When convicted of a DUI for the third time, Californians will receive a sentence of 3-5 years of probation and a jail sentence lasting 120 days to one year. Third offense DUI cost ranges from $2,500 to $3,000, and those convicted of a third DUI must also spend 30 months in DUI school.

A third DUI also comes with a three-year driver’s license suspension. In some cases, those convicted of a third DUI may avoid jail time by agreeing to a sentence of house arrest, a work leave, or a rehabilitation program operated inside a facility.

It’s important to note that these are the only conditions where a DUI is charged as a felony in California. In all other circumstances when no aggravating factors exist, motorists are charged with misdemeanor DUI, even if they’ve had 1, 2, or 3 previous DUI arrests.

In rare circumstances, the court may charge a driver with a misdemeanor even if their most recent DUI arrest is their fourth or they’ve had a felony DUI in the past. Prosecutors do have the ability to charge someone with a misdemeanor rather than a felony in rare instances.

A DUI arrest is charged as a felony in all cases when another person is injured or killed. At the same time, a driver operated their vehicle while under the influence and drove negligently. A felony DUI is charged as one of 3 criminal charges.

Additional Costs of a DUI

In addition to the official punishments an individual may receive when convicted of a DUI in court, the driver may experience additional costs in their personal life, including higher car insurance premiums and an inability to get a new vehicle insurance policy.

Most drivers can maintain their vehicle insurance coverage despite a DUI conviction; however, multiple convictions increase the chance that a driver will eventually become uninsurable or need a high-risk policy that costs much more than a traditional policy. 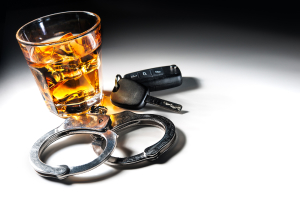 Some aggravating factors include:

Alternative Sentencing for a DUI Arrest

Prosecutors and judges have some leeway on the severity of punishments and the DUI cost, but they can even engage in alternative sentencing in some circumstances. For example, a person convicted of a DUI may agree to attend a special program instead of jail time.

Some people may have a sentence of roadside work where they might work on projects for the California Department of Transportation (CalTrans). Sentences that include CalTrans work are considered quite difficult, so it’s not always the easiest type of alternative sentence. Other people may receive.

Some people may receive a work furlough sentence, which means working normally during the day while spending the night at a group house. In some cases, people convicted of a DUI receive a sentence of house arrest, which means staying in the house at all times rather than spending time in jail.

How Can a Lawyer Help Lower or Dismiss Your DUI Charges 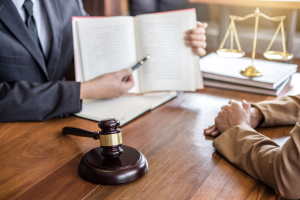 Not only is a lawyer an essential part of any court appearance for a person arrested for a DUI, but a lawyer may also help with negotiations before and after a conviction. Before sentencing, the DUI attorneys may speak with the prosecuting attorney about a plea bargain, when a defendant or the accused agrees to plead guilty in exchange for a reduced sentence.

For example, a person arrested a third time for DUI may avoid going to jail for the standard range of 120 days to one year and receive a sentence of house arrest instead with the help of their lawyer’s negotiation with the court.

Shortly after the arrest, the prosecutor might offer a defendant a plea deal that doesn’t provide an appreciable reduction of penalties. A defendant without a lawyer may not realize they can reject the plea deal and negotiate for better terms. A lawyer is a tremendous help in ensuring these negotiations go as well as possible for the accused.

The authorities may use a breath or a blood test to measure a driver’s level of intoxication. These tests may seem ironclad, but defendants may challenge their chemical test results. One option is to prove that taking and analyzing the blood sample was flawed.

The state requires that the technician follow particular rules, and not following any of these rules may help the defendant disavow the blood test results. With proven improperly analyzed results, a defendant may have his charges dismissed.

Challenging the Officer’s Testimony Regarding Your Behavior

One option for defendants is to challenge the testimony of the arresting officer or officers. It’s difficult to overcome the testimony of a police officer because they’re often considered upstanding, honest members of the community whose word is ironclad.

The accused’s lawyer may try to determine whether the officer’s story changed or whether there is any video footage that shows the officer’s testimony is wrong. One exciting way to catch an officer changing their story is by calling the arresting officer as a witness in the defendant’s hearing with the Department of Motor Vehicles (DMV).

No Probable Cause for Arrest

California Law allows police officers to arrest people for driving under the influence (DUI). However, officers who make traffic stops that result in DUI arrests must still follow the laws that guide such arrests. The fourth Amendment to the United States Constitution protects citizens from “unreasonable search and seizure.”

California Law requires that an arrest only occur if the officer saw the vehicle move or the driver was about to move the vehicle. That means an arrest is impossible for someone taking a nap while drunk in the driver’s seat of their car simply because they were intoxicated while in a vehicle.

Every television show features the police giving a Miranda warning whenever they arrest someone. However, police aren’t required to read Miranda rights in every single circumstance.

A Miranda warning isn’t required unless the motorist has been arrested and the officer has started interrogating the driver. However, a driver may have their DUI case dismissed if they can prove a Miranda violation at the time of their arrest.

Speak With an Experienced DUI Lawyer 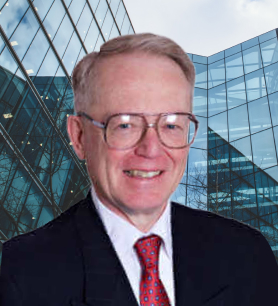