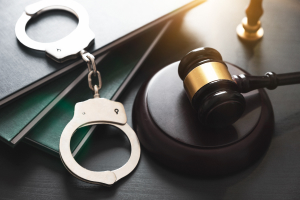 If you’re in a situation where you are facing criminal charges, the criminal process can be confusing. The justice system has specific steps they follow. Whether federal or state, the prosecuting attorney has the challenge of proving guilt beyond a reasonable doubt. That means obtaining an attorney from a reputable law firm that understands the facts of the criminal case and has enough experience to craft a winning strategy is vital.

Your criminal defense attorney should be skilled in negotiation and trial to deliver a defense that works for your benefit. Getting arrested can be traumatic, but that does not mean you will be convicted.

In the United States, due process is the standard. Criminal cases go through a series of phases before resolving the case. These steps in a criminal defense case can prepare you for what happens. 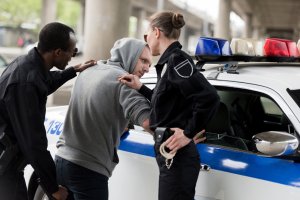 The first phase in a criminal defense case is the arrest phase. During this phase, you will be arrested for a crime and read your rights. You can remain silent until you obtain an attorney at a law firm. In most cases, the authorities handcuff you and take you to jail or a holding center. If this happens, this is the time when your family should contact your defense lawyer. 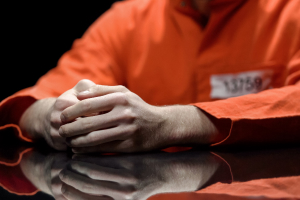 During this phase, you’re in a holding facility, usually a jail or detention center. There are a series of steps in this process. You’re fingerprinted and photographed. By the time it’s over, your picture is online, and people can access it to know about your arrest. Your charges are also listed; even if you’re innocent, the entire ordeal can be frustrating, demeaning, and embarrassing.

In some cases, being arrested has a backlash and a snowball effect where people start to judge you, distancing themselves, the family may be ostracized in the community, and you may risk losing your job. These can be tough. 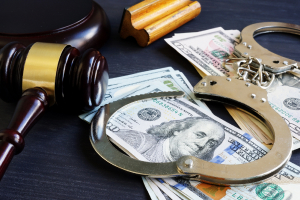 Once you’ve gotten through the jail sentencing phase, authorities may set a bond or a bail. It requires a certain amount of money to pay a bail bond agent or the court that will release you from jail. The amount the bondsman charges varies between 10% and 15% of the face amount of the bond. It gives you time to meet with your defense attorney and prepare your court case.

If you use a bondsman and don’t show up for court, the court will issue an arrest warrant, and the bondsman will come to look for you to recoup their costs. 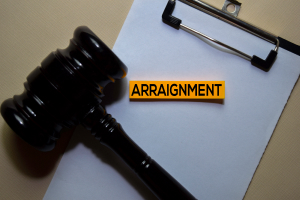 Many people wonder about the arraignment phase because they see this on television and think it will be sensationalized. An arraignment is a simple proceeding where you come to court, whether still detained or free.

You and your attorney stand before the judge, and your charges are read. At this point, the judge asks how you want to proceed and what your plea will be – guilty or not guilty. The judge will also ask you if you want to challenge the charge, and of course, your defense lawyer should speak up for you and challenge it.

As the client, you should not have anything to say unless directly asked by the judge. The best thing you can do is remain silent while your criminal defense attorney does his job. What happens next depends on whether you are charged with a misdemeanor or felony. 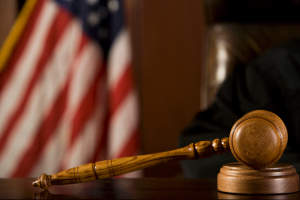 Depending on where you live, there are time constraints on requesting a preliminary hearing. Most people don’t understand the judicial process for criminal charges, so you could miss this crucial phase if you don’t have an attorney.

Your lawyer requests this hearing almost immediately following the lawyer’s acknowledgment of representation and the request for discovery from the prosecution. The preliminary hearing uncovers whether the trial has done its due diligence with probable cause.

In some cases, the case ends here because the evidence does not support your arrest and can’t prove that you committed a crime. To move forward with a federal or state case, they must establish the probable cause of the arrest. 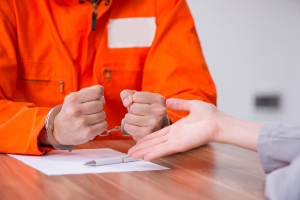 During this phase, your lawyer, the prosecutor, the officer, and the judge meet to determine if your case needs a trial. It is an opportunity to work out a plea or start negotiations for lesser charges. This process is a significant step that sets things in motion. If the defendant pleads guilty, your attorney should be able to work out a plea agreement. 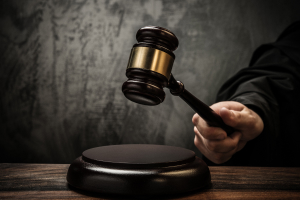 There are different types of trials. One is the bench trial, where you only appear before a judge. When they go to trial, most people think it always involves a jury. A bench trial circumvents the jury trial, which may or may not work in your favor. This trial is when the judge listens to the defendant’s plea. Your attorney may call witnesses, and there are even opening statements to ensure the presentation of all the case facts.

You may find that the judge is partial to your charges even at a bench trial. It means your defense attorney must use their knowledge and skill to defend your rights and prove that you are not guilty or there is enough reasonable doubt in the case that you should not be sentenced to jail or prison.

Research is vital during this phase, and the attorney’s job is to have an aggressive defense that pokes holes in the prosecutor’s case where there is no possibility of your conviction of the crime. 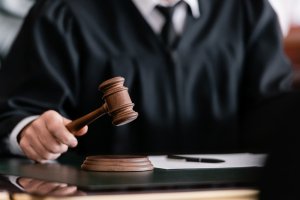 In a bench trial, the judge does the sentencing. He will base his verdict on the law and sentencing guidelines. There are instances where defendants are harshly sentenced based on bias.

If you do not have a jury trial, the judge’s sentence is solely based on how they feel. Judges’ rulings are within their discretion based on sentencing guidelines provided by law. It could result in you getting probation and not going to jail, or the judge may feel you need to go to jail or prison.

If you are not guilty during this phase, you can go free without prosecution, and the case is complete. 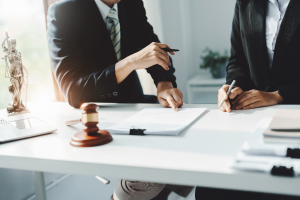 One of the good things about criminal cases is that there is a chance to appeal your case if you do not initially win. In many situations, people faced wrongful convictions, appealed their claims, and won. Your attorney has a window of time to appeal the judge’s sentence depending on where you are.

It is essential to know that appeals can take a long time, but it is worth the time and effort to prove if you are innocent. Once you file an appeal, it becomes a different case. You may be able to obtain an appeal bond where you are not incarcerated throughout the process.

In many cases, the court may put you on house arrest or give you an ankle monitor to track your movements. In a criminal case, this is a standard procedure. Your attorney should be there every step of the way providing guidance while they gather the evidence needed to win this second round of your case.

Working with a good defense attorney is the first step to keeping you out of jail or prison. When charges are made against you, certain defenses work on your behalf. Depending on the skill and level of expertise, your attorney may use one of these possible defenses to prove beyond a reasonable doubt why you should not be convicted.

It’s no secret we live in a society where many people suffer from charges of crimes they didn’t commit. They may have been set up, had the wrong identity, or had incorrect paperwork. Your attorney should be able to prove you are not the person they should be charging. An experienced attorney will be able to look at their evidence and get it thrown out so you can move forward with your life.

Most people don’t know their constitutional rights in detail, but a good defense attorney does. There are tons of people incarcerated because others violated their rights, and they didn’t know. These cases are prevalent, and your attorney can fight to get justice on your behalf.

Self-defense or Defense of Others

If your life is in danger or someone with you in is danger, it’s your right to defend yourself. While the prosecutor may want to file charges based on the initial evidence, your attorney should be able to prove that you were acting in self-defense to save your own life.

People detained for a long time and consistently drilled by officers often get weary. It’s a tactic to get you to admit to doing something you didn’t do, and it’s illegal. Your defense attorney should be able to prove that you were coerced or under duress to make false statements. Once they establish this, they should also file charges against the department for these charges on your behalf.

There are also instances where they may coerce you to do something or say something because a family member is in danger. Your attorney should be able to prove your innocence with a good defense.

What is involuntary intoxication? People under the supervision of a doctor and taking prescribed medication that impairs them enough to do something that breaks the law through no fault of their own are involuntarily intoxicated.

People who have been drugged also fall under this area. Individuals who have no idea of what they did or did something and did not know it was wrong due to being intoxicated use this defense. It takes time and expert opinions to prove intent, but if the evidence is clear and convincing beyond a reasonable doubt, you may be found not guilty. 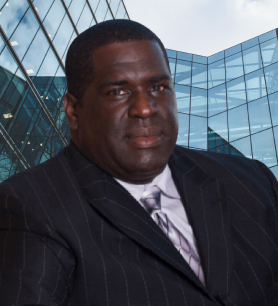 Don’t try and handle a criminal case on your own. Contacting a criminal attorney is always best to act in your best interest. The team at Summit Defense is ready to help you get through these steps in a defense case and work for the best possible outcome. Call us now and schedule a free consultation with our criminal defense lawyers.