Sex crime allegations are grim offenses with grim consequences. Sexual crime is a hard accusation that could get you arrested and imprisoned for long years. Our experienced defense attorneys will stand for your rights. They are excellent at providing strong and compelling legal advice to help you fight back against false accusations.

Schedule a free initial consultation with one of our Oakland criminal defense attorneys by calling us at 1-866-537-2584 or submitting your case details through our online contact form.

Child molestation is considered a heinous crime. This sex crime involves a legal adult conducting sexual acts and advances toward a minor below 13 years old. According to the law, this sex crime is not only limited to physical contact but also includes any acts considered obscene and lascivious.

Lewd Conduct is an act of touching one’s or another’s private parts for sexual gratification, to annoy, or to provoke someone. Under Penal Code 647a, you can be charged with Lewd Conduct if you solicit or engage in this activity before a public audience or in the presence of someone who might get offended by this act. Lewd Conduct is considered a misdemeanor offense and not a sexual crime. Penalties for this act would include imprisonment for up to 6 months in county jail or fines up to $1000.00.

Rape is a violation of Penal Codes 261 and 262. There are many classifications of this sexual abuse, but it all boils down to consent. Sexual interaction not meeting the consent of both partners is considered rape. Listed below are the different classifications:

Rape charges have a multitude of penalties depending on the severity and their classification. This sex crime is considered a felony under California law and is punishable by three, six, or eight years in state prison and a fine of up to $10,000.

Individuals with sex crime charges are required by the law to register as sex offenders. Under Penal Code 290, registered individuals must provide their personal information, primary address, and any changes in their contact details. Registration as a sexual offender is done on an annual basis.

Sexual assault, also known as Sexual Battery, is a serious form of sexual crime act. This is defined by Penal Code 243.4 as touching someone’s intimate parts against their will for sexual pleasure. The following actions are under the scope of a Sexual Assault crime:

Certain sex crimes, such as forcible sexual penetration under different classifications from rape, are also punishable by California law. Under Penal Code 289, forcible penetration with the use of foreign objects is considered a serious sex crime. This sex crime conviction could face punishment as severe as that of felony charges.

CONSEQUENCES OF A SEX CRIME CONVICTION

Sex crime offenders could face a variety of charges depending on the accusations and legal issues committed. They can be charged as a misdemeanor or a felony. A misdemeanor is a legal charge less severe than a felony. A misdemeanor charge could have a punishment ranging from 6-month to 1-year imprisonment and a maximum fine of $5,000 depending on the severity of the crime committed. A felony charge is more severe than a misdemeanor and punishable by 5 to 10 years of imprisonment, sometimes a lifetime, and a fine of up to $10,000.

An experienced sexual assault attorney can devise several strategies to prove your innocence. Early intervention is an effective approach. This proactive tactic prevents charges before the injured party sends them. If you can prove that there is no sexual contact by uncovering evidence to support the statement will help in defending your case. An experienced sex assault attorney will help you look for evidence you might have missed that the sexual contact was consensual for both parties.

The Sex Offender Registration Act, or the Penal Code 290 of California law, mandates all sex crime offenders to register their updated personal and contact information every year.

At Summit Defense, our group of competent Sex Defense Attorneys will help fight for your rights and achieve the best possible outcome. Our group of experienced and competitive Oakland Sex Defense Lawyers offers a free consultation and case review. They will thoroughly investigate your case, provide assertive legal advice, and assist you throughout the criminal defense process. Our defense attorney offers top-notch legal representation for the falsely accused and will fight by your side to defend your rights and prove that you are innocent.

At Summit Defense, we value your rights and understand your situation. This is why we offer high-quality legal services that will help you get out of any false sex crime allegations because we know you deserve the best service.

How can an Oakland sex crime lawyer help me?

Our defense attorney can offer an initial consultation and provide strong legal advice, which can help the defendant prove that they are innocent and save them from humiliating sexual offense charges.

Our law firm values the attorney-client relationship, which is why you can confidently confide their client testimonials and assure that all information will be handled with confidentiality.

Will I be required to register as a sex offender?

The Penal Code 290 of California Law states that all individuals with charges of sexual offenses must register as sexual offenders. Failure to comply with the legal registration requirement for sex crime offenders could face a corresponding penalty as stated by the law.

What if I failed to register as a sex offender?

If an offender faced a conviction that requires him by the law to register as a sex offender and failed to do so, they could face up to 3 years of imprisonment. However, a sexual offender with more serious conviction allegations could face an enhanced prison sentence.

ARE YOU ACCUSED OF A SEX CRIME? CONTACT AN OAKLAND SEX CRIME ATTORNEY TODAY 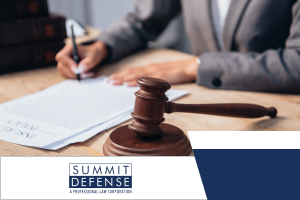 Contact an Oakland Sex Crime Lawyer today at Summit Defense for a free consultation. Get legal advice from a group of outstanding lawyers who will hear your side of the story and protect you against unlawful sex offense allegations.

Our law firm believes in and upholds the attorney-client relationship and stops at nothing to defend our client’s rights. Reach us at 1–866-537-2584, or contact us through our website.