A DUI conviction, also known as driving under the influence, is a prior offense that can lead to serious criminal charges in Oakland, CA. You can face harsh consequences for DUI offenses, and it is crucial that you contact an Oakland DUI Attorney as soon as possible to start building your DUI defense.

Even more, a DUI conviction in Oakland can get you a license suspension before your case goes to court. You will only have a few days to request an administrative hearing if you want to keep your driving privileges. 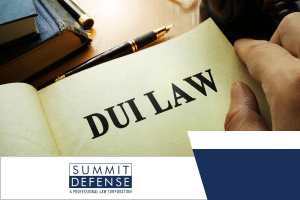 Being convicted of Oakland DUI charges will cost time and, more importantly, money. The prohibitions for impaired driving can be found by your attorney in California Vehicle Code §23152. The first provision states, “It is unlawful for a person who is under the influence of any alcoholic beverage to drive a vehicle.”

Even more, the second provision is specifically for drunk driving and states that it is illegal for a driver to drive with a blood alcohol concentration of .08 or greater. There can only be two ways for you to be convicted of a DUI offense in Oakland, CA: either you are substantially affected based on conduct by either drugs or alcohol or if you have a high blood alcohol concentration (BAC) of .08.

Before 1980, driving under the influence had relaxed laws and less harsh penalties throughout the USA. However, everything changed when a drunk driver killed Candace Lightner’s 13-year-old daughter.

Candace founded Mothers Against Drunk Drivers (MADD) and started working on eliminating drunk driving throughout the USA. Until this day, the group is hard at work pushing for stricter DUI penalties to avoid more criminal cases, including driving under the influence.

WHAT TO EXPECT WHEN FACING A DUI IN OAKLAND, CALIFORNIA

DUI cases often involve significant fines, possible jail time, and license suspension. However, an Oakland DUI offense will depend on varying factors. Depending on the crime, you can face up to 15 years in jail or up to $10,000 in fines.

If it is your first offense while driving under the influence, it will most likely be charged as a misdemeanor and end with a license suspension, $500 fines, and 93 days in jail. However, once it becomes your second or third DUI offense, you may face a misdemeanor charge with penalties of 1 year in jail, $1,000 in fines, and 90 days in community service.

While you are driving under the influence of alcohol or drugs and you end up causing personal injury or wrongful deaths, you will face a felony charge. You will face up to 5 to 15 years in jail, $5,000 to $10,000 fines, and mandatory vehicle immobilization.

Contact an Oakland DUI attorney from our law firm to build your DUI defense. We will help you go through the process of a DMV hearing and blood test. You will need strong representation in federal courts for your Oakland drunk driving charges. 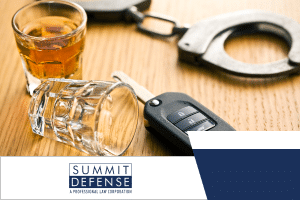 There are different types of DUI charges in the state of Oakland, CA. These charges are Operating While Intoxicated (OWI), Operating While Visibly Impaired (OWVI), and Unlawful Bodily Alcohol Content/Level (UBAC/UBAL).

An Operating While Intoxicated charge (OWI) is the most common DUI charge. You are usually charged with misdemeanors and can end up with penalties of 93 days in jail, $500 fines, and 24 months in probation.

It also includes 360 hours of community service, 6 points on your driver’s license, and a 30-day license suspension. The consequences of an OWVI charge are mainly similar to an OWI charge. However, you’ll only have $300 to pay in fines, but you will possibly face a possible vehicle immobilization.

If your OWI charge ends up causing severe injuries and deaths, you may end up facing up to 5-15 years in prison, $5,000-$10,000 in fines, and mandatory vehicle immobilization. Contact an Oakland DUI defense attorney for help in building your DUI defense.

You can face up to 93 days in jail, $500 in fines, and 24 months in probation. You will also be facing 360 hours of community service, 6 points on your driver’s license, and a 30-day license suspension.

If it’s your second DUI offense, you will be facing harsher punishment. You can be facing up to a year in county jails, $1,000 in fines, 90 days in community service, and mandatory vehicle immobilization.

Once it’s your third offense, you will be given a felony charge and a stricter penalty. You will face five years in prison, $2,000 in fines, 90 days in community service, and mandatory vehicle immobilization.

Whether or not it’s your first, second, or third offense, you will need the help of an Oakland DUI defense lawyer. An Oakland DUI attorney can help you build your defense and face the DMV for your driving privileges. 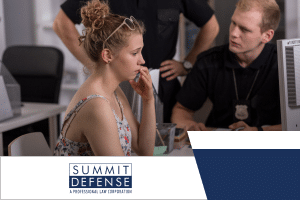 In crimes involving DUI, investigations are held to find and collect evidence to help support those cases. Here are a few types of evidence that can be used in DUI cases:

These types of evidence are crucial to every DUI case, and the prosecution will attempt to pile on as much evidence as possible against you. Our experienced DUI attorney from our law office knows how to fight against the prosecution. 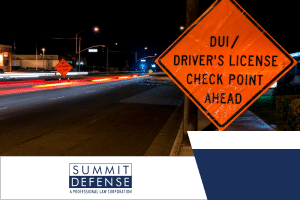 For every DUI case, the prosecution knows how to go through every piece of evidence and will hold it against you. Your Oakland DUI lawyer will be able to help you build your legal defenses to counter the prosecution.

One of the common defenses for DUI charges is that law enforcement stopped you without a definite reason. Drivers cannot be stopped unless the police have a basis to believe that a traffic law or any other law has been violated.

Another defense is the standardized field sobriety test is inaccurate. Since it is a standardized test, it is only 60-70% accurate and is considered invalid when performed on the elderly or overweight. 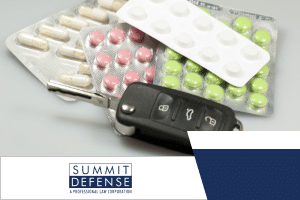 Oakland prohibits the possession, transportation, and sale of illegal drugs. In Oakland, drug crimes are taken seriously, and those convicted will face serious consequences.

Although controlled substances are defined by statute in Oakland, an illegal drug in your system while driving will be considered an OWI and a drug crime. You will need the help of a criminal defense attorney to start building your legal defense.

When the Department of Motor Vehicles (DMV) orders action against a person’s driving privileges, the person has the right to request an administrative hearing before the DMV to challenge that order and check the evidence supporting the order.

They will also be allowed to present their own witnesses and supporting evidence to convince the DMV to revoke their action against them. The California Vehicle Code, the Government Code, and various Appellate and Supreme Court rulings are the rules that govern these DMV hearings.

You will need the help of an experienced Oakland DUI attorney to challenge the DMV’s action. DUI attorneys will be the best legal representation you need for your DUI convictions. 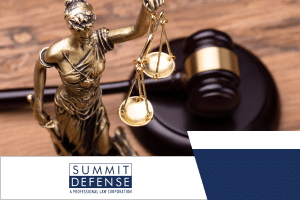 An Oakland DUI conviction could have harsh consequences, mainly if the accident resulted in personal injury or wrongful death. You will need an Oakland DUI lawyer from our law firm offering a free consultation for your Oakland DUI case to start building your DUI defense.

You can contact us at (510) 877-8356 or locate our law offices spread around the San Francisco Bay Area. We also take requests for an in-house consultation if you cannot travel to our law office. We will make every possible effort to accommodate your schedule.