If you’ve been accused of a misdemeanor or a serious felony in the San Jose or Silicon Valley Area, a criminal defense attorney can help.

San Jose, California has one of the most stringent laws in the United States. The state enacted numerous laws to maintain order by restraining the movement of illegal drugs throughout the state. Our drug crime lawyers at Summit Defense helped innumerable clients in the past who were wrongfully accused of San Jose drug crimes, and we can help you too!

Drug-related crime has one of the heaviest punishments in California. As a defendant, you must prove your innocence before the court. Otherwise, you will need to suffer the consequences of the crime you are indicted for. You can prevent this from happening when you hire an experienced San Jose drug crimes lawyer.

At Summit Defense, our drug crime lawyers are well-versed in criminal defense. Every member of our team has solid years of experience expertly defending clients with their drug offenses. Our San Jose drug crime attorneys are dedicated to helping clients avoid these punishments through effective case handling. 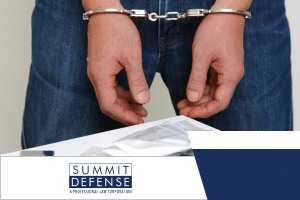 As established, drug charges are grave crimes with heavy punishments. However, these accusations should not get the best of you. There are a lot of different defense strategies fitting for your case. Our criminal defense lawyers will carefully assess your case and provide the ideal defense strategy depending on your situation.

Here, we listed some of the most used defenses for drug charges:

Drug-related criminal charges are a heavy burden to carry. It’s essential to be aware of legal statutes set in place to prevent yourself from committing this crime unwittingly. However, California has a lot of laws enacted to penalize drug abuse.

In general, possessing controlled substances with an intent to sell has heavier punishments than owning one for recreational purposes. Moreover, the legislation for possessing cannabis differs from owning other illicit substances. Later sections will elaborate on the various laws for different drug crimes. 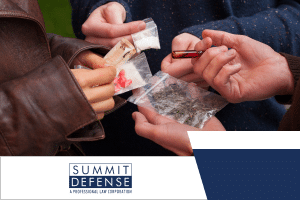 There are a lot of drugs recovered from a crime scene. However, some of these are more commonly encountered than others. The law defines a controlled substance as any drug or medication that can cause severe addiction or dependence.

In San Jose, CA, here are some of the most frequently involved drugs in most criminal cases:

California mandates several laws to control the use and production of illegal drugs. Here are some of the drug laws in California and their accompanying punishments. 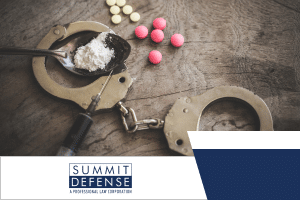 Health and Safety Codes 11377 to 11378 cover the regulation of drug possession. HS 11377 states that anyone caught owning illicit substances violates the law. In California, this is a misdemeanor offense, and guilty defendants are punished with one year of imprisonment and $1000 penalty fines.

Violating HS 11378 is a felony offense. Per this law, owning methamphetamines for drug sales is a serious legal issue. California gives severe penalties for those who are caught selling methamphetamines. Defendants are penalized with three years of imprisonment and possible deportation for non-citizens. 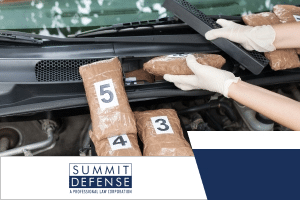 Health and Safety Code 11352 makes it unlawful for anyone to sell or partake in drug sales or movement. The state deems the breach of this rule a felony offense. On a larger scale, international transportation of illegal drugs is called drug trafficking.

Violating HS 11352 is punishable by up to nine years of state imprisonment. In addition, defendants will also be fined up to $20,000. It’s critical to consult with an experienced San Jose drug crimes lawyer for your drug cases. 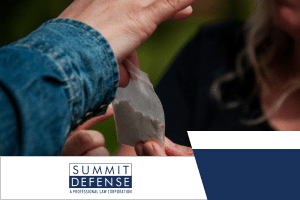 The possession of illicit substances for drug sale is a serious violation under California’s Health and Safety Code 11351. This law applies to both illicit street narcotics and prescribed medications. The law determines the intent to sell by inspecting the indicia of sale.

In the state, selling illicit narcotics is always a criminal charge. If a person is charged with this felony, they face up to four years in jail. Furthermore, they must pay a penalty fee of $20,000 in addition to the punishments.

Suppose a defendant owns a drug and does not intend to use it but sell it; they still violate HS 11351. A critical distinction between mere possession and ownership with the intent to sell is the presence of such purpose. You aim to utilize the illicit substance for profit by selling unlawful substances. This is a criminal violation punishable by up to four years in jail and a $20,000 fine. 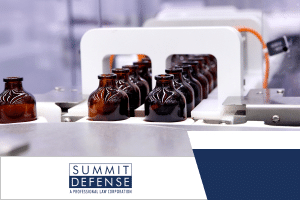 Under California law, Health and Safety Code 11379.6 makes it a crime to develop or manufacture illegal substances. Most commonly manufactured illicit substances are ecstasy, heroin, cocaine, and opiates. A violation of this law is a felony offense punishable by up to three, five, or seven years in prison or detention. 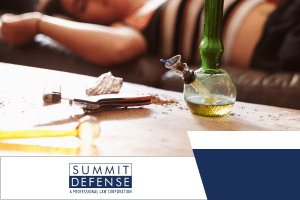 The possession of drug-related equipment is a crime under California’s Health and Safety Code 11364. Any gadget or tool used to consume illegal substances is considered drug paraphernalia. This might be a methamphetamine pipe, a cocaine spoon, or even a syringe for general usage.

In California, possessing drug-related instruments is a misdemeanor violation. A criminal discovered with this equipment faces up to six months in prison and a $1,000 fine. Furthermore, a professional who violates this law may have their license suspended indefinitely.

California legislation’s Health and Safety Code 11173 makes it a criminal act to use deception to obtain controlled prescription drugs. A defendant can manipulate a prescription in several ways, but one of the most common strategies is forging a doctor’s prescription.

Prosecutors can charge the defendant with a misdemeanor or a felony offense. The prosecutor’s decision will depend on the facts of the crime. However, a criminal conviction can result in up to three years in prison. 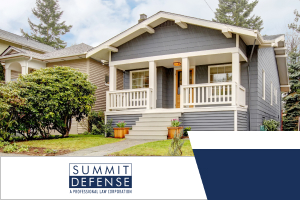 The Health and Safety Code 11366 makes it illegal to operate or maintain a ‘drug home.’ The law defines this as a wobbler violation. This means that a conviction may be either a misdemeanor or a felony offense. The prosecutor will decide which one to give the defendant.

BEING UNDER THE INFLUENCE OF A CONTROLLED SUBSTANCE OR NARCOTIC

The use of restricted drugs, including narcotics, is prohibited by California Health and Safety Code 11550. Violators face a year in county jail if they violate the law. You may be able to get your sentence reduced from a prison sentence to a diversion program.

Drug offenses carry the most severe punishment. If you have been arrested in Sacramento for a drug felony, you must obtain legal assistance from a knowledgeable San Jose drug defense attorney. Summit Defense Attorneys can defend you aggressively and safeguard your rights.

Summit Defense is a criminal defense legal company specializing solely in criminal law. Our law offices have a staff of competent and aggressive drug crime attorneys that are well-versed in all aspects of the law. Our criminal defense firm has a proven track record of successfully defending clients accused of drug offenses. 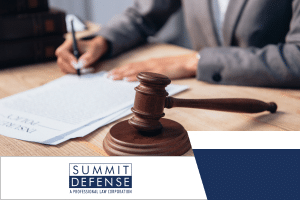 We understand the law and the local legal system. Our team of aggressive attorneys will fight for you. We can give you vetted legal advice and case analysis.

Our expert drug crimes lawyers have previously handled numerous drug offense cases. Contact Summit Defense law firm to schedule a free consultation and put our experience to work for you. You can contact our San Jose law firm at (408) 333-9622 or submit your case through our online form.

191 West Hedding Street San Jose, CA 95110
Cases Handled: If you are accused of committing any criminal offense in San Jose, your case will likely be handled at the Hall of Justice.
Phone:
‍(408) 808-6600

All inmates are initially booked through this correctional facility in Downtown San Jose.

This correctional facility in Milpitas has complexes for both male and female inmates.