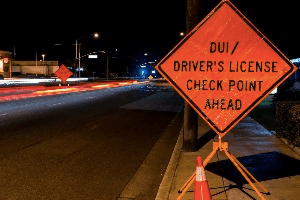 Time moves fast when you are having fun. One after another, you take shots trying to catch up with the euphoria in the room. Then you need to drive home, and the next thing you see is the flashing red and blue lights. That’s when you realize you hit someone.

Driving under the influence is punishable by law. Drunk driving is a negligent act that could cost the lives of other people.

Police officers can issue a DUI arrest if they verify that you are not in the proper condition to drive. An officer is unlikely to let you go if they deem you as a roadway threat.

What Should I Do If I Meet A DUI Car Accident?

If you get caught in a car accident, the responding officer will have reasonable suspicion that you are intoxicated. They will most likely run necessary tests to prove this suspicion.

When you get caught in a DUI accident, keep these tips in mind:

Don’t give the authority the proof they need to prosecute you with DUI charges. Remain calm and don’t accept any liabilities. Ask for your right to speak with your attorney to protect your rights.

Seek the help of an experienced DUI defense lawyer when involved in a suspected DUI accident. An accomplished DUI lawyer has years of experience winning DUI charges.

Am I Going To Be Arrested At The Accident Scene?

If the officer at the scene has enough evidence to incriminate you with DUI charges, they can and will arrest you right on the spot.

Police officers have the duty to uphold the safety of every road driver. Driving under the influence of alcohol or drugs is a threat to that roadway safety. This is why they have the responsibility of arresting intoxicated driving violators.

Additionally, breathalyzers and blood tests can only measure drugs and alcohol analytes for a specific amount of time. They cannot test your alcohol levels for the previous day.

You can reject these tests if you don’t feel comfortable. You can request a lawyer to represent you on your behalf. This can give you the sense of security that the authority will not violate your rights in this event.

What Is The Statute Of Limitations For DUI Cases In California?

You may ask, “How long after an accident can I be charged with a DUI?”

If on a rare occasion, a police officer lets you go and decides not to arrest you at the accident scene, the victim can file a criminal charge within three years for felony criminal charges and one year for misdemeanor charges.

The state of California set this statute of limitations for DUI charges. These limitations indicate the specific amount of time the victim can file criminal charges against the defendant.

If the other party did not file a DUI charge against you within this limited time, then the state cannot file charges against you.

This extended time provided by the law will allow the injured party to gather enough evidence to incriminate you with intoxicated driving charges.

You need to act swiftly and hire an experienced attorney to represent you on your behalf. They can help you establish your facts to avoid these charges. Make sure to select an attorney with relevant experience in DUI charges.

What Are The Criminal Charges For A DUI Offender? How About Civil Penalties? 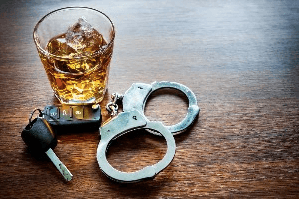 The California Law punishes violators of roadway safety. The severity of the punishment varies on the nature of the accident. The court can give felony charges or misdemeanor charges.

If the court agrees on a felony charge for DUIs involving accidents, the defendant will face up to three years in county jail. They are also fined a fine of up to $5,000. The at-fault driver’s driving privilege may also be suspended for up to three years.

Otherwise, if the court decides that the charge is a misdemeanor, the defendant will face one year of jail time in county jail. The fine for a misdemeanor charge is up to $1,000. The defendant may also lose their driving privilege for one year.

Depending on the circumstances, the court can also sentence the defendant to a probation period. This means that they are prohibited from driving with any amount of alcohol in their body. Furthermore, the defendant may not commit any criminal offense during this time.

Generally speaking, DUI accidents have both criminal penalties and civil penalties. These penalties will depend on the severity of the accident caused.

Does Insurance Cover You For Your DUI Accident?

If you caused an accident while driving under the influence, your insurance company would pay for any damages you caused.

The DUI victim may file criminal charges and seek appropriate compensation for any damages they sustained from the accident. A driving record is a factor insurance companies consider in determining your car insurance rates. If you are involved in a DUI accident, your insurance can shoot up to 79%.

How Does A DUI Case Affect Your Life? 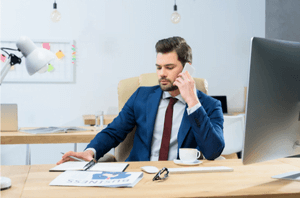 DUI cases are complicated cases to handle. Hiring a lawyer with proven years of experience handling DUI charges will be beneficial for you.

They can evaluate your case and provide astute legal advice. An experienced DUI attorney will know how to represent you effectively to prevent any criminal charges.

Call us at 1-866-851-9645 for a free case evaluation. You can also fill out our online contact form. Check our website for client testimonials and other services we offer.