If you’ve been accused of a misdemeanor or a serious felony – whether in San Mateo county or elsewhere in the Bay Area – a Burlingame criminal defense attorney can help. At Summit Defense, our goal is always the complete dismissal of all charges. If this isn’t possible, we often negotiate solutions for our clients that allow them to avoid jail and sometimes even prosecution.

California places strict legislation against irresponsible drivers. When you are threatened with a DUI conviction, you must take action as soon as possible. Find a criminal defense lawyer with experience in DUI defense. Our DUI lawyers are no strangers to defending clients with DUI cases.

The legal penalties of driving under the influence in Burlingame are severe and range from fines and jail time to license suspension or revocation. In addition, if someone else has been injured due to your drunk driving, then there may be civil penalties and criminal ones based on negligence laws. It pays to have an experienced Burlingame DUI defense attorney on your side to help you fight the charges and protect your rights. California places strict legislation against irresponsible drivers. When you are threatened with a DUI conviction, you must take action as soon as possible. Find a criminal defense lawyer with experience in DUI defense. Our DUI lawyers are no strangers to defending clients with DUI cases.

Our Burlingame DUI attorneys have profound knowledge of local DUI laws. We can help you with all the legal assistance you need. From a DUI case analysis to negotiation and representation, we are here to help you! Contact our DUI law office now for further information.

WHAT TO EXPECT WHEN FACING A DUI IN BURLINGAME

When you are charged with DUI, there are a lot of events that can happen. It’s crucial that you set the right expectations when arrested for driving under the influence. We listed some information below to help you understand what you must expect when charged for DUI.

A Burlingame DUI arrest has varying levels of penalties depending on the times you committed a DUI. If you received a DUI conviction for the first time, you might receive more lenient penalties than those who committed DUI for the third time. If you received a DUI conviction in the past, it would be best for you to stir away from trouble until your former drunk driving criminal case clears.

As mentioned above, a DUI case in California has differing charges. The penalties for these charges vary in the same way. The court will decide on a defendant’s punishments depending on the instances they committed driving with the influence (DWI). A first-time offender may face a milder penalty than a repeat offender.

If this is your first time committing a DUI, your DUI charge will fall under a misdemeanor. For a first misdemeanor offense, you will have to pay the minimum penalty fines of up to $1800. In addition, you will also have to render 48-hour imprisonment and a four-month license suspension. You will also have to enroll in an alcohol treatment program costing around $500.

On the other hand, the maximum penalties you can receive are $3600 fines, up to six months imprisonment, a longer alcohol treatment program, and a license suspension. The weight of your consequences will differ depending on the nature of the offense.

In addition, you also have to complete an 18-month alcohol treatment program at your own cost. For a second DUI conviction, the court will require you to install an ignition interlock device.

For maximum penalties, your $1,800 penalty fines will bump up to $4,000. Your prison time will also increase to one full year and your license suspension to two years.

If you committed three DUI convictions, your penalties would be more severe. You will have to serve a mandatory 120 days imprisonment and receive a three-year license suspension with no restricted driving privileges. In addition, you will also have to install an ignition interlock device.

For maximum penalties, your fines will amount to $18,000. Your prison sentence will also go up to one year, and your license suspension can last up to four years. Moreover, you will also have to undergo a mandatory 30-month alcohol treatment program amounting to $1800.

As mentioned before, the penalties for a DUI charge increase with every instance. If you committed four DUI offenses, your charge would be elevated to a felony. You will have to serve 16 months imprisonment and receive a four-year license suspension. You will also have to undergo a 30-month alcohol treatment program.

For maximum penalties, a felony penalty fine is greater than $10,000. Your prison sentence can last up to two years, while your license suspension can go up to five years. Also, the court will require you to install an ignition interlock device.

If you injured someone because of your DUI, you would be facing felony charges. You will have to up to three years imprisonment and receive a maximum of 10-year license revocation. You will also receive formal probation for your DUI charge.

In addition to these punishments, you are required by the law to provide restitution to the DUI victim. The court will have to assess the total amount of damages the victim sustained, and you will have to pay that amount.

AGGRAVATING FACTORS THAT WILL ENHANCE YOUR DUI PENALTIES 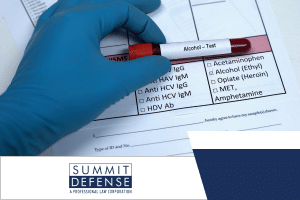 HOW TO WIN A BURLINGAME DUI CASE

If you received DUI charges, you would have to prove your innocence. The prosecution must prove beyond reasonable doubt that you committed the crime.

First, you must consult a DUI attorney as soon as possible to review the details of your DUI case. They will evaluate your situation and assess the best defense strategies. You need a Burlingame DUI defense attorney who possesses knowledge and experience defending such cases to represent you.

Second, your expert Burlingame driving under influence attorney should be able to find loopholes within the prosecution’s case. They must establish contradictions that can point towards your innocence with hard evidence.

Third, your Burlingame DUI defense lawyer will negotiate with the prosecutor for lesser charges if possible to avoid conviction. Your Burlingame DWI lawyer can provide compelling evidence that could reduce your sentence or even prevent it. Your party can use testimonies from credible witnesses to support your innocence.

There are various ways to win a DUI case, but your lawyer is crucial to your success. You must find and hire an experienced Burlingame DUI defense attorney familiar with your case. Summit Defense lawyers have extensive years of representing DUI clients and helping them have their charges reduced. 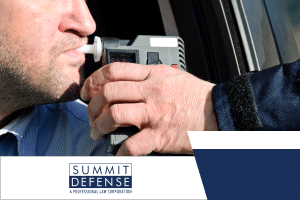 Your party can use several legal defenses to support your position in the case. The following are some common legal defenses your Burlingame DUI lawyer can use to help you get acquitted of your charges:

If an arresting office suspects you are driving under the influence, the DMV will automatically suspend your license. You are legally obligated to request a hearing to contest the suspension. This is separate from your criminal trial and must be done within ten days of your arrest.

The DMV will ask you questions such as if you think that you were lawfully arrested. They will also confirm your facts and if you believe that the arresting officer made the right decision to believe you are driving under the influence.

Your Burlingame DUI lawyer will represent you in this hearing and argue on your behalf. They can provide compelling evidence that could prevent the suspension of your license. Summit Defense lawyers have years of experience winning DMV hearings for our clients.

CONTACT A BURLINGAME DUI ATTORNEY IF YOU’RE WRONGFULLY CHARGED WITH A DUI IN BURLINGAME, CALIFORNIA 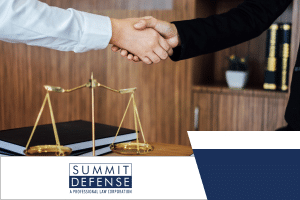 If received a DUI charge in Burlingame, contact Summit Defense Attorneys. Our years of experience and knowledge in this field will help you have your charges reduced or, at best, dismissed. We offer free consultations to all clients. Our expert legal advice helped the lives of countless clients in the past.

Call us now at (650) 763-8766 or complete our form on our contact page. If you need an experienced, efficient, and successful lawyer to handle your case, hit our phone number now!

Hall of Justice and Records

500 County Center, Redwood City on the corner of Hamilton Street and Middlefield Road

This is the jail where all inmates in the San Mateo/Burlingame are received and processed. Some prisoners will stay here if they remain in custody. There is also a women’s facility here.
Phone:
(650) 363-4310

This facility is where male inmates are often sent after booking at Maple Street Transitional Facility.

Driving Directions to our Office in Burlingame

Real People. Real Stories.
Attorney Steve Davidson is absolutely 100 percent there for you at all times! Personally, he saved me from what I’d assume to be the depths of hell.
A made a few mistakes and he was able to get me out of jail time. He works hard for you and is loyal to your case. He goes over and beyond what he is paid for, and has a calming demeanor when I was faced with the court appearances that were beyond stressful and scary. His communication skills are excellent . I honestly can't thank him enough. You will be in excellent hands with a brilliant mind to help your case!
Noah H.
Foster City, CA
Tennille Duffy is an amazing, fierce, & hard-working attorney. From our initial meeting, she was very passionate about my situation and showed the utmost concern for my fear as this was the first time I found myself in a helpless position. I felt a range of emotions starting from nervousness to guilt, but Tennille had always communicated with me in such a personal level to where I was assured that I was in good hands. Throughout the entirety of my case, Tennille and her paralegal always kept an open line of communication with me and was extremely patient; I would receive updates from the firm as they came & felt very much in the loop at all times. Ultimately, Tennille got me an offer I didn’t even think would across the table! I am so very grateful for Tennille & the entire Summit team for the tireless effort they put towards my case.
Akash J.
Pacifica, CA
Tennille was such a pleasure to work with! She was the most thorough, attentive, and professional attorney I have ever dealt with. She was always a call or text away from answering my questions and concerns. Tennille was able to get my DUI arrest dismissed on the grounds that I was factually innocent. I feel like a huge burden was lifted off my shoulders, and now I can go back to a squeaky clean record. I am in sincere gratitude for all of Tennille & Summit’s efforts! Highly recommended.
Sarah F.
Brisbane, CA
I can’t imagine where I would be today without Summit Defense, Rabin Nabizadeh and the whole staff who worked tirelessly for me.  I have a future thanks to them.  Highly recommend if you need a criminal lawyer.
Naomi D.
Burlingame