Drunk driving is an irresponsible act that puts a lot of lives in danger. Because of the dangers it brings, California has established several laws to protect its citizens from drunk drivers. However, certain events occur when a driver is wrongfully accused of DUI.

In cases when a DUI is wrongfully bestowed on a responsible driver, they carry the burden of proving their innocence. This is where a Pleasanton DUI lawyer can help you. At Summit Defense, our experienced DUI lawyer is proficient in all aspects of criminal defense. Drunk driving is an irresponsible act that puts a lot of lives in danger. Because of the dangers it brings, California has established several laws to protect its citizens from drunk drivers. However, certain events occur when a driver is wrongfully accused of DUI.

We have extensive experience handling DUI convictions. Our wealth of experience and knowledge can help you reduce or even remove your DUI charges. Contact Summit Defense now for a free consultation if you greatly need expert legal representation! 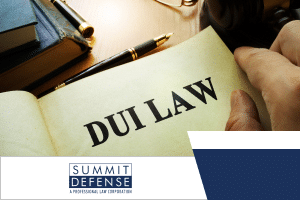 Our Pleasanton criminal defense lawyers will go to any length to ensure the greatest possible outcome for you! Our Pleasanton attorneys are more than willing to represent you in a trial if deemed necessary by the court.

SuperLawyers also recognized our top-rated criminal defense law firm for four consecutive years. Moreover, we’ve also been nominated for a Preeminent Lawyer award and an Avvo Clients’ Choice Award. Our panel of esteemed lawyers is composed of ex-prosecutors and former police officers. This rich diversity in the professional background provides us with an efficient solution for your case. 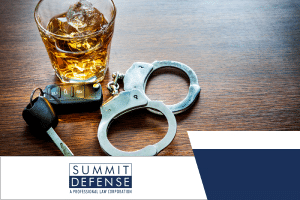 California DUI laws are vast and complicated. It might be tricky for you to understand the legalities surrounding your case. Employing the help of Pleasanton DUI defense lawyers is the best course of action to take. To further understand these legal statutes, we rounded up the list below for your reference:

A DUI violation in Pleasanton, CA has a minimum fine of $390. However, if additional penalties and charges are added, the total penalty cost might be around $1,800. Convicted defendants are imprisoned for up to six months for this level of violation. Vehicle Code Sections 23152(a) and 23152(b) provide the context for this offense.

Furthermore, the court has the authority to suspend for 90 days or four months. Several factors identify the length of your driver’s license suspension. In addition, you will also be mandated to participate in a three-month alcohol treatment program. 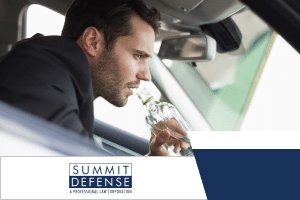 In this situation, Vehicle Code 23152(a) and (b) can be substituted for Vehicle Code 23103.5. There are no mandatory jail sentences if you plead guilty to wet reckless driving. Furthermore, your probation sentence, DUI school, and fines are typically lowered.

There is also no requirement for a driver’s license suspension. However, you must keep in mind that it will count as a full DUI if you commit another DUI within the next ten years.

If you committed a second DUI offense within ten years of your first one, the consequences are much more significant. You will be imprisoned for a maximum of one year. This imprisonment period is significantly longer than the standard sentence for a first offense.

You must also finish an 18-month alcohol recovery program at your own expense. If you get a second DUI, the court will order you to incorporate an ignition interlock device into your vehicle. Moreover, your license will be suspended for one year. You will also be granted limited driving rights for two years. 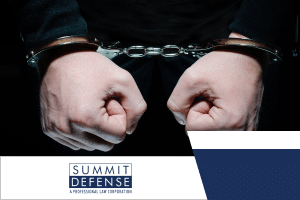 Suppose you committed DUI for the third time within ten years of your first one. These repeated instances will propel your case to a third offense. For a third DUI offense, you might face fines of up to $18,000 per offense.

Furthermore, a third offense usually carries a mandatory one-year prison sentence. In addition, violators must pay for a 30-month alcohol program, which costs around $1,800. The prosecutor may also revoke your license if you commit this offense level.

The first two DUI offenses within ten years from the date of the first DUI are misdemeanors. However, the offense can be a misdemeanor or a felony for the third and fourth instances. A defendant’s offense level depends on whether they injured another person from their reckless action.

The fourth instance of DUI is punishable by up to three years of imprisonment. The convicted defendant will also have to pay a maximum of $1,000 for penalty fines. In addition, they will have to serve a maximum of 30 months in DUI school along with four-year license revocation. 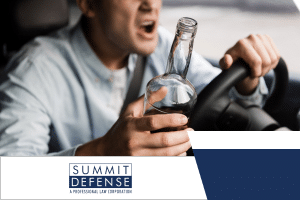 In California, driving under the influence can be prosecuted as a felony in the following situations:

A defendant charged with a felony DUI involving injury or death can result in a minimum of 180 days in jail. In addition, they also have to pay $3,000 or more in fines, penalties, and assessments.

Convicted defendants will also receive a four-year driving license revocation and a mandatory DUI school attendance. Furthermore, a felony conviction will be recorded on their record. The defendant will also have to shoulder the victim’s medical expenses for their personal injury.

Section 23152(d) of the California Vehicle Code states that a commercial driver can be arrested for DUI if their BAC is 0.4% or higher. The penalties are the same as for a first DUI. However, a commercial driver may lose their business license for a minimum of one year. 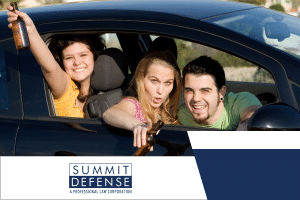 According to Section 23136 of the California Vehicle Code, underaged DUI defendants can be arrested if their BAC level is 0.01% or higher. Because the driver is below the legal age, DUI defendants under 21 years old have a lower BAC threshold. Underaged defendants will face additional penalties for their convictions.

The prosecutor can charge this violation along with Vehicle Codes 23152 and 23140. Since they are minors, even if the bottle of alcohol is sealed, they can be charged with alcohol possession. Penalties for underage DUI include a one-year suspension of driver’s license. The minor motorist may also face additional jail time, fines, probation, and obligatory DUI school, depending on their BAC.

A DUI arrest can result in various penalties. Aside from long years of imprisonment and hefty penalty fines, a DUI defendant may face additional penalties. Factors such as the number of DUIs committed within ten years and other aggravating factors can magnify your DUI penalties.

Defending your legal rights in this situation can be tricky. Your driver’s license might get revoked or suspended if you receive a DUI charge. Furthermore, it will also reflect on your criminal record similar to other criminal charges. In this crucial situation, you will need to employ the help of our DUI defense attorneys.

At Summit Defense, our law offices are scattered throughout California. We will help you from the initial case investigation to the DMV hearing. Even if the court resorts to a trial for your case, Summit Defense criminal defense lawyers got your back!

WHY DO YOU NEED TO HIRE A PLEASANTON DUI DEFENSE LAWYER? 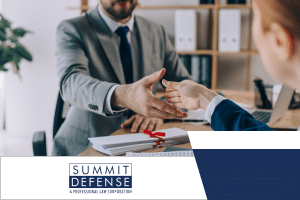 As established above, DUI arrests are not easily defended. Summit Defense’s DUI lawyers have extensive experience defending clients in various DUI cases. We can help attain the best possible outcome for your case through our joint effort. Here are some examples of what our Pleasanton criminal law office can do for you:

There are several ways your party can use to protect yourself from false DUI convictions. Some popular legal defenses that your Pleasanton DUI lawyer can employ to assist you are as follows: 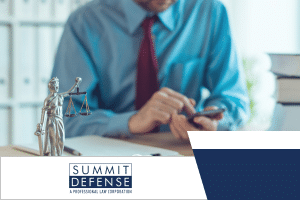 DUI cases are taken seriously in the state of California. Contact Summit Defense right away for free consultations if you need professional legal representation!

Our Pleasanton criminal defense lawyers have a proven track record protecting clients from false criminal offenses. For a free consultation, you can reach Summit Defense by phone at (925) 218-4730 or complete our online form.