If you’ve been accused of a misdemeanor or a serious felony – whether in San Mateo county or elsewhere in the Bay Area – a Redwood City criminal defense attorney can help. At Summit Defense, our goal is always the complete dismissal of all charges. If this isn’t possible, we often negotiate solutions for our clients that allow them to avoid jail and sometimes even prosecution.

If you face such charges, it’s crucial to contact a Redwood City domestic violence lawyer as soon as possible. These legal professionals are proficient in criminal law and have vast experience in criminal defense. Many colleagues and former clients recognize Summit Defense as a top-rated criminal defense law office in California. 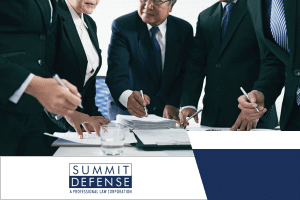 There is a lot at risk when it comes to domestic charges. The consequences of a conviction can be severe, which is why you need an experienced Redwood City domestic violence lawyer on your side. Summit Defense Attorneys have successfully represented clients in many domestic violence cases.

Whatever the charge, we will fight hard to defend your rights and mount a solid defense on your side. Our staff has vast courtroom expertise and understands how to handle complex issues. Summit Defense lawyers will work with you to develop a strategy tailored to the facts of your domestic crimes. 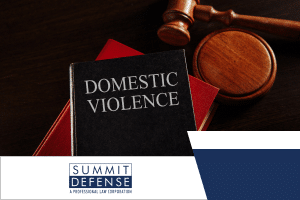 Our law office handles various criminal-related charges. Domestic abuse is a severe crime in California. Because of this, the local laws punish attackers with tremendous penalties. The consequences they might face are not limited to imprisonment and penalty fines.

We have experience handling sexual assault cases and various domestic violence cases. We also help clients with their theft crimes, white-collar crimes, and many more!

We compiled below some of California’s domestic violence cases we handle at Summit Defense:

Penal Code 243(e)(1) identifies domestic violence as knowingly and unlawfully touching someone in a hurtful or offensive manner. According to the law, the defendant doesn’t need to inflict physical harm to the victim to receive a domestic battery conviction. Even the sheer act of threatening a cohabitant is a probable reason to convict a person of domestic battery.

According to California law, breaking PC 243(e)(1) is a misdemeanor offense. A domestic battery conviction is punishable by up to a year in county jail and a $2,000 fine. 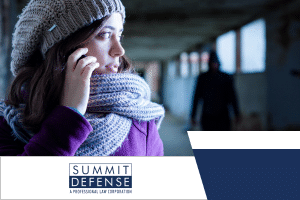 It is unlawful under Penal Code 646.9 to participate in any activity that worries or torments another person, resulting in significant emotional injury. The said law defines stalking as maliciously following or harassing victims and threatening their safety.

Stalking is a wobbler offense. The prosecutor can charge a stalker with a misdemeanor or a felony offense, depending on several factors. A convicted individual may face up to one year of jail time for a misdemeanor and five-year imprisonment with a felony conviction.

Making an illegal threat is defined in Penal Code 422 as a direct expression of intent to harm someone in the future. California identifies a criminal threat as a statement that endangers a victim’s safety. A criminal threat can be in the form of a death threat or a warning threat.

Violating this law is a wobbler offense in Redwood City. Defendants accused of making a criminal threat might face up to four years in jail for a felony offense. On the other hand, defendants might face one-year imprisonment for a misdemeanor offense.

Penal Code 273d provides the legal definition of child abuse under California law. 273d PC defines child abuse as maltreatment of a juvenile. Child abuse can be in the form of physical or emotional abuse.

Breaking 273d PC is a wobbler offense. Defendants charged with misdemeanor convictions may face up to one year of jail sentence. Conversely, defendants with a felony conviction may face up to six years of imprisonment with additional punishments.

Adults who expose their children to a hazardous environment are punishable under California Penal Code 273a. California law defines child endangerment as allowing a juvenile to experience tremendous pain and suffering.

Child endangerment is often a misdemeanor violation in California. Breaching this law is punishable by up to one year in county jail. 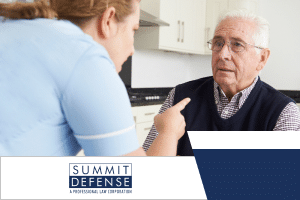 CORPORAL INJURY TO A SPOUSE

Inflicting physical injury on a present or former marital partner, cohabitant, co-parent, or dating partner is a criminal act under Penal Code 273.5 PC. Domestic violence, spousal abuse, or bodily harm to a spouse are interchangeable terms used to describe a corporal injury. 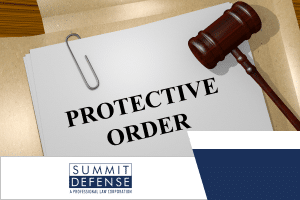 A court-ordered restraining order is a legal document that orders one person to refrain from injuring or contacting the victim. Violation of this order is a violation of Penal Code 273.6.

Violating 273.6PC for the first time is a misdemeanor offense punished by up to a year in jail. However, a second-offense violation will result in a felony offense punishable by three years of imprisonment.

California Penal Code 601 provides the legal context of aggravated trespass. Under this law, aggravated trespass is the act of threatening to physically hurt a victim and then entering their home or business without authorization.

Aggravated trespass is usually recognized as a felony offense in most cases. As a felony, the punishment for this crime is three years of imprisonment. However, there are instances when a trespass is considered a misdemeanor. In this case, this is punishable by up to one year of county jail time.

WHAT ARE THE POTENTIAL CONSEQUENCES OF A REDWOOD CITY DOMESTIC VIOLENCE CONVICTION? 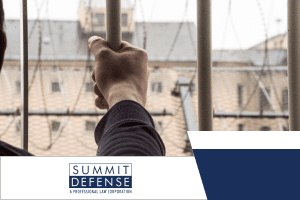 Domestic violence punishments vary according to the seriousness of the conduct committed. The prosecutor can charge you with a misdemeanor or a felony, depending on the severity of your offenses. You may face the following penalties:

It is critical to have an experienced Redwood City domestic violence attorney on your side. They can provide you with informative legal advice to help you understand your case and your rights. Our Summit Defense law offices are scattered throughout California to better serve citizens against false criminal allegations.

We may, however, develop a strong defense against domestic violence allegations with professional legal counsel from Summit Defense. Here are some of the most typical arguments given by domestic violence defendants for their cases: 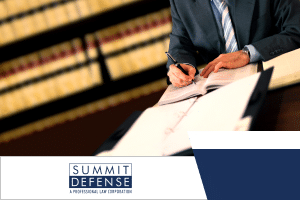 Summit Defense has handled countless criminal cases since our law firm was founded. We help defendants address their legal issues with the best possible defense. If you need the help of our proficient Redwood City criminal defense lawyers, call us now at (650) 667-4141. You can also use our online form to submit your case.

Rape of an Intoxicated Person

Real People. Real Stories.
Never in a million years did I think i’d EVER need a defense attorney, but I’m am beyond grateful to have been referred to Summit defense!! This team KNOWS WHAT THEY’RE DOING and KNOW THE RIGHT PEOPLE!! Not only did they get me through this, they got me OUT OF THIS!! I was found NOT GUILTY and the case was dismissed!! Special shout out to Rabin, who knew exactly what to do to win my case!! thank you a million times over!! HIGHLY RECOMMEND if you find yourself in trouble with the law and at risk of losing your FREEDOM!!
Jessica r.
Redwood City
The law firm's attorney was professional, honest and understanding.  For months, he was able to keep me posted and discussed the case with my wife who was, at this point, calling weekly.  Results are as good as it gets.  Highly recommend.
Timothy T.
Hillsborough
I highly recommend Mr. Mchugh for any criminal case you have.  Took the time to answer all my questions and really cared about the outcome.   He was knowledgeable and compassionate and got the job done.  Really as good as it gets for criminal lawyers.
Emily C.
Daily City
Rabin Nabizadeh is my lion!  Sitting in that cell hearing him passionately argue for bail, I was so relieved my husband hired him.  At the end, I got a misdemeanor.  Thank you Rabin for saving my family.
Norma P.
Redwood City
I have unfortunately used several criminal lawyers throughout the years.  This group is probably the best lawyers in the bay area.  Ms. Duffy explained every thing to us and when it came to court, they were a force of nature.  Got me the deal I wanted.  I would highly recommend them.
Ron N.
Milbrae
I met with Mr. Nabizadeh after interviewing several attorneys.  I could tell right away that he was comfortable and wasn’t trying to sell me anything.  He listened to all my concerns and gave me amazing advise.  I ended up hiring this firm and could not be more pleased with the outcome.
Walter A.
Redwood City
I was hopeless and ashamed when my daughter was arrested.  Having never even imagined dealing with a criminal case, I was panicked and paralyzed.  My co worker told me about Mr. Mchugh and provided his cell phone number.  Ryan was sympathetic honest and at the same time professional and pro active.  My daughter has moved on to better things and we know Ryan was a big part of that.
Barbara W.
San Carlos
Would give this firm 100 stars.  Honest and straightforward explanation of risks and benefit of a DUI case.  Managed to reduce my case to reckless driving after a suppression hearing that was brilliantly argued.
Stephan G.
Belmont