California has taken action to reduce the severe penalties for some drug crimes. But, getting convicted of a drug offense in San Rafael, CA can still lead to harsh penalties, mainly if it results in someone else’s injuries. Even simple drug possession is still considered a serious legal matter that needs the court’s attention.

If you or a loved one has been wrongfully charged with a drug crime, you can contact Summit Defense for legal advice. We have criminal defense attorneys that offer a free consultation protected by an attorney-client relationship. We have over 120 years of criminal defense experience, and our goal is the complete dismissal of all charges.

Criminal charges involving drug crimes have varying penalties that depend on how involved you were and the number of drugs during the incident. Although the citizens of California voted for Proposition 47, reducing all non-violent crimes to misdemeanors, a drug crime still requires extreme legal attention.

Once you or your loved one has been charged with a drug crime, do not hesitate to contact drug crime lawyers from our law firm. You will need aggressive representation to defend you against prosecutors. Here are the following drug crimes that you can get in trouble with within California: 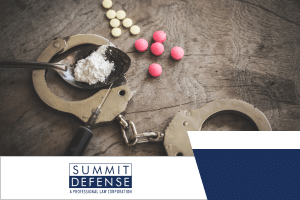 Simple drug possession is a misdemeanor. But it is still a serious matter that requires legal attention. The California Health & Safety Code 11350 HS has the definitions needed for a number of different circumstances.

Criminal cases, including drug possession, will depend on those different circumstances and varying essential factors.

Intending to sell controlled substances is a felony under the California Health and Safety Code 11351. You might face 2-5 years in prison and a $20,000 fine. However, the prosecution must prove beyond reasonable doubt that you intended to sell these drugs and not only for personal possession.

The prosecutor must also prove that you knew the substance was in your possession. And you knew it was an illegal substance. You must also have had enough usable substance to produce a narcotic effect on the users. 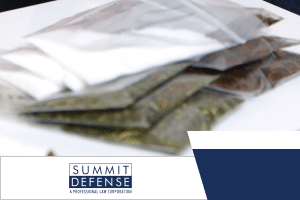 If you are transporting, selling, importing, or giving away illegal substances while crossing state lines, you can be charged with drug trafficking, which will result in severe consequences. The penalty will depend on the type of substance, the amount of substance found, your intentions for the substance, and any criminal history. 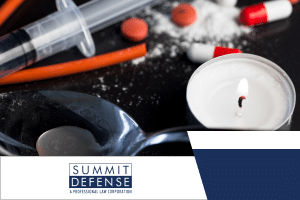 Possession of opium pipes or any device used for illegally injecting or smoking a controlled substance is a crime. It will result in criminal charges according to the California Health & Safety Code Section 11364. Possessing drug paraphernalia, including syringes for cocaine or heroin, is considered a misdemeanor. You will face up to six months in county jail and a $1,000 fine.

Marijuana cultivation falls under the manufacturing of a controlled substance. It is considered a crime if done without legal authorization. Unless you possess a valid medical marijuana subscription, the possession and cultivation of marijuana are illegal, according to the California Health and Safety Code 11357. 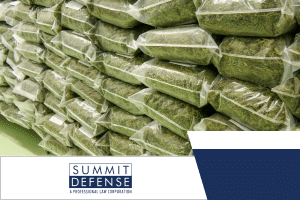 Although some drugs are legal to use, they might not be legal when driving. Driving Under the Influence (DUI) of drugs is illegal and is considered a DUI charge and a drug crime. A DUI charge could lead to harsh consequences. This occurs if it causes the injury or death of another person.

If you are being arrested and charged with any of these California drug crimes, you should contact a San Rafael drug crimes attorney immediately. Summit Defense has a highly experienced criminal defense attorney ready to defend you from the misdemeanor or felony charge you’re facing. 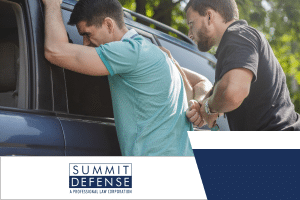 Drug crime penalties for drug crimes depend on their Schedule. There are five schedules (Schedules I-V). And the penalty will heavily depend on the Schedule of the drugs involved. No matter what Schedule, you will need the help of a San Rafael drug defense attorney to start building your legal defense, especially if you were caught possessing heroin or if you have a DUI charge that resulted in the injury or death of another person.

Although possession of drugs is non-violent, it can lead to dangerous levels of addiction depending on the types of drugs being used. Because these drugs can be addicting or can lead to dependency, they may end up with cases of domestic violence, DUI, or the injury or death of another person. These Schedules will categorize the drugs based on their level of risk for addiction and medical usage and the penalty given by the court.

If you are arrested for possession without intent to sell, you can face a $100 fine. However, if you are charged with a misdemeanor, you can spend up to six months in jail and $500 in fines. If you are accused of possession with the intent to sell or distribute, you can be charged with a felony leading up to 16 months to seven years in prison, depending on your age and the age of the person you sold the controlled substances.

If you or a loved one has been accused of drug crimes in California, you should exercise your right to contact a San Rafael drug lawyer to help build your legal defenses and fight against your conviction. Here are the potential defenses that you can use:

These are just a few common legal defenses that an experienced San Rafael drug defense lawyer builds with you. With the help of our Summit Defense San Rafael drug possession lawyer to build your defenses, we will aim to drop all charges against you and avoid a drug crime conviction. 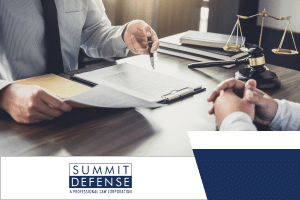 Summit Defense has over 120 years of criminal defense experience. We are the Bay Area’s premier criminal defense law firm. Our criminal lawyers can convince the District Attorney not to charge the case and resolve it through a civil compromise.

You can check out our client reviews here. Our clients prove we have an aggressive team that works together to defend you from the charges you face. We will always aim for the best results for our clients: the complete dismissal of all charges. 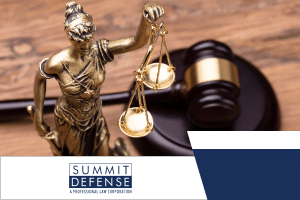 A drug crime conviction can still have the possibility of landing you in county jail or federal prison. Summit Defense offers a free consultation protected by an attorney-client relationship and criminal defense attorneys who will aggressively work together to fight for you.

Our drug crimes attorney in San Rafael will make every effort to accommodate your schedule. You can contact us at 1-866-903-3141 or locate our nearest law office here. We can also do in-home consultations.

this is the only jail for Marin County and where all San Rafael inmates – male and female – are booked, processed, and held.

Real People. Real Stories.
I can’t imagine where I would be had it not been for Collin Moore.  He is an amazing attorney and just an all around great man.  Very Happy with the result.
Timothy J.
Novato
Where do I even begin to describe Mr. Reilly?  The most honest, thorough and knowledgeable person I had ever met.  They don’t make them like this anymore.
Alvaro P.
Collin Moore pulled off a miracle. We had all given hope given the judge saying he would sent my brother to 9 years in prison over and over. We hired Collin because he was recommended by a friend who is a lawyer. Collin got all the files from los angeles and convinced the judge to give my brother probation and drug treatment. Amazing lawyer
Stephan G.
Novato
From the start, these guys were confident and calm and the most affordable quote I got. Collin Moore answered all my calls and was a beast during the DMV hearing. It felt like his was defending his own child…

I did a lot of research before hiring this firm and I am so happy I picked them. No dui on my record and no suspension of license.
Vicky R.
San Rafael
never imagined anyone would believe how I came to be found with hundreds of child porn, that I was trying to download a game patch and ended up with a virus and unable to remove these videos.  It took two years and relentless work from this team to convince the District Attorney that I was, in fact, innocent.  I owe my life to this firm.
Victor D.
Mill Valley
As a journalist, I was terrified of a conviction for domestic violence and interviewed many attorneys before hiring Summit Defense.  Attorney Collin Moore was able to convince the District Attorney not to press charges and even managed to get my record sealed.  It is now as if the arrest did not happen.
Victoria C.
Sausalito